Though Maureen Brady wrote the humor column of her junior high school newspaper, she didn't  comprehend that she was a writer until after she had moved to New York City in her twenties, where she began taking writing workshops at The New School and then fell headlong into the consciousness raising groups of the 1970's.

She published her first novel, Give Me Your Good Ear, with Spinsters Ink and The Women's Press in England. Her novel, Folly, was excerpted in Southern Exposure, received wide critical acclaim, was nominated by Adrienne Rich for an ALA Gay Book Award and was reprinted as a classic by The Feminist Press. She published a collection of short stories, The Question She Put to Herself, then turned to writing nonfiction, publishing the bestseller Daybreak: Meditations for Women Survivors of Sexual Abuse, HarperCollinsSanFranciso, and Midlife: Meditations for Women. She returned to fiction with the novel, Ginger's Fire, and her most recent novel, Getaway.

Her recent work has appeared in Saint and Sinners, Sinister Wisdom, Bellevue Literary Review; Just Like A Girl; Cabbage and Bones: Irish American Women's Fiction, Mom, In the Family, and Intersections: An Anthology of Banff Writers. Brady's essays and stories have been nominated for the Pushcart Prize and were finalists for the Katherine Anne Porter Fiction Prize and the Nelsen Algren Short Story contest. She was the winner of the 2015 Saints and Sinners Short Story Award and a runner up for 2018.

An Assistant Professor at New York University SPS, she teaches creative writing there and also at The Peripatetic Writing Workshop, and works as a free-lance editor and book doctor.

A co-founder of Spinsters Ink, Brady edited such books as The Cancer Journals by Audre Lorde and The Woman Who Breathes Fire by Kitty Tsui. She also served as a panelist for The New York State Council on the Arts Literature Program and as a fiction judge for Oregon Literary Arts. She is a founding member of The New York Writers Workshop and long served as Board President of Money for Women Barbara Deming Memorial Fund.

She has received grants from the Ludwig Vogelstein Foundation; New York State Council on the Arts Writer-in-Residence; New York State Council on the Arts CAPS grant; Holding Our Own; Briarcombe Foundation; and The Virginia Center for the Creative Arts Fellowship to The Tyrone Guthrie Centre, Ireland. She was the winner of the Saints and Sinners short story contest for 2015 and is also a Saints and Sinners Hall of Fame winner.

She lives in New York City and Woodstock with her long term partner, Martha, and their joy dog, Georgie. 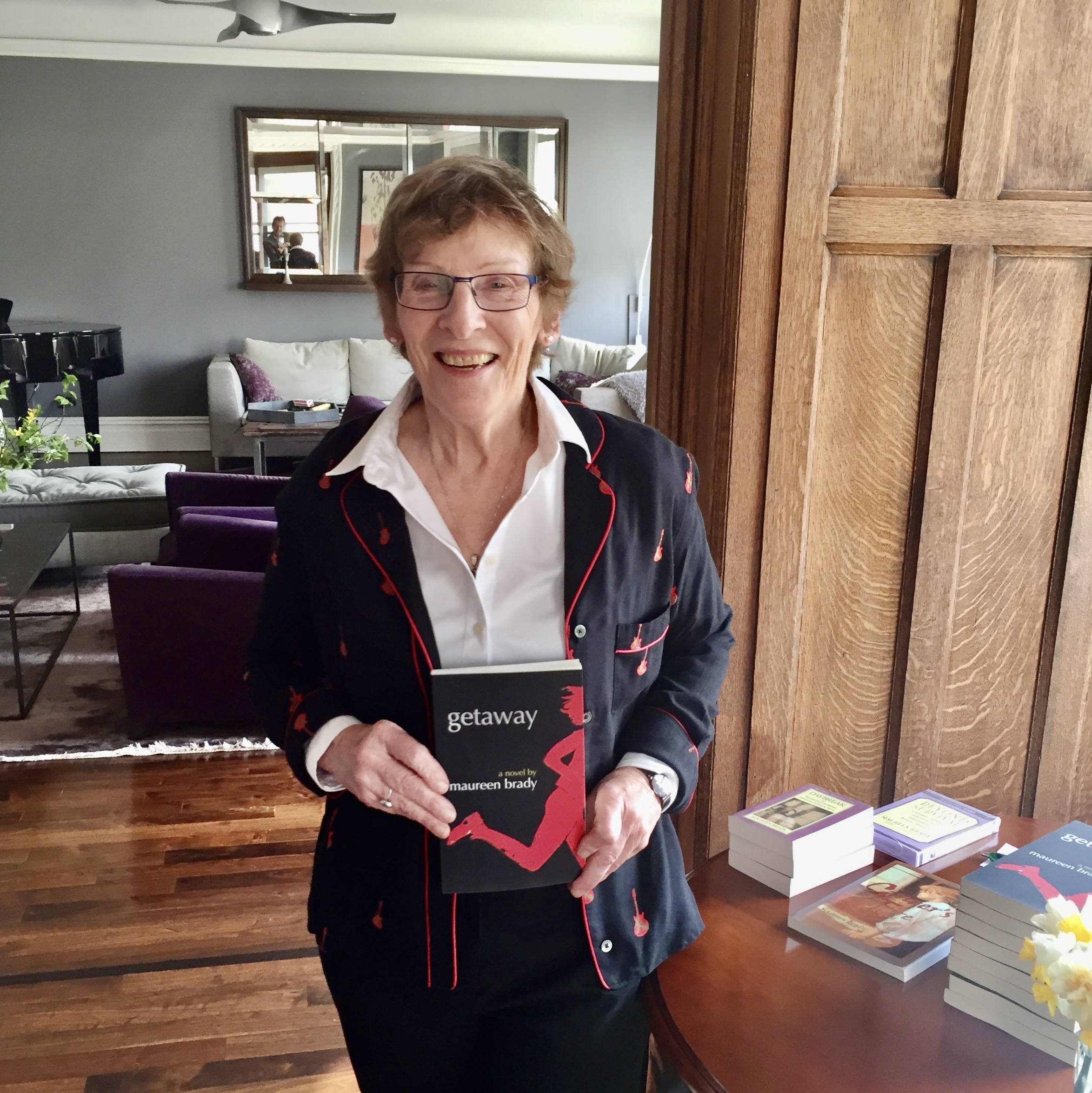 Ginger's Fire
An absorbing tale of rebirth, redemption, and finally finding the way back home
Folly

A book about work and passion and the way the women come together to break out of their oppressive circumstances and achieve victory.

Give Me Your Good Ear
This is Francie's story. Francie weaves a new life for herself by untying the knots that have kept her in bondage: a childhood terrorized by an alcoholic father and a secret of violence shared with her mother.